This year the Jubliee features the Australian sensation, Jennifer Simmons. Jenny has traveled around the world and performed with many of the Opry Stars. The new male vocalist for the Jubliee is Doug Driesel. Doug is a phenomenal vocalist with a 5 octave range.

The Jubilee also features Branson’s funniest comedian and world class fiddler, Doofus Doolittle. Doof is a champion fiddle player and world class violinist. Doofus has performed with many of the legends himself and will be sharing stories from his experiences with such artists as Mel Tillis, Roy Clark, Ray Price, Bill Anderson, Porter Wagoner, and many more. If you like country music and good clean family entertainment, you’ll want to bring all your friends and come out to see the Ozark Jubilee!

The show is located in the theatre at Roanoke Island Festival Park. The first show is at 11 am and the second show begins at 3 pm October 25, 2022.

Disclaimer: The show includes songs that were performed at the Grand Ole Opry and does not include any artists that performed there. 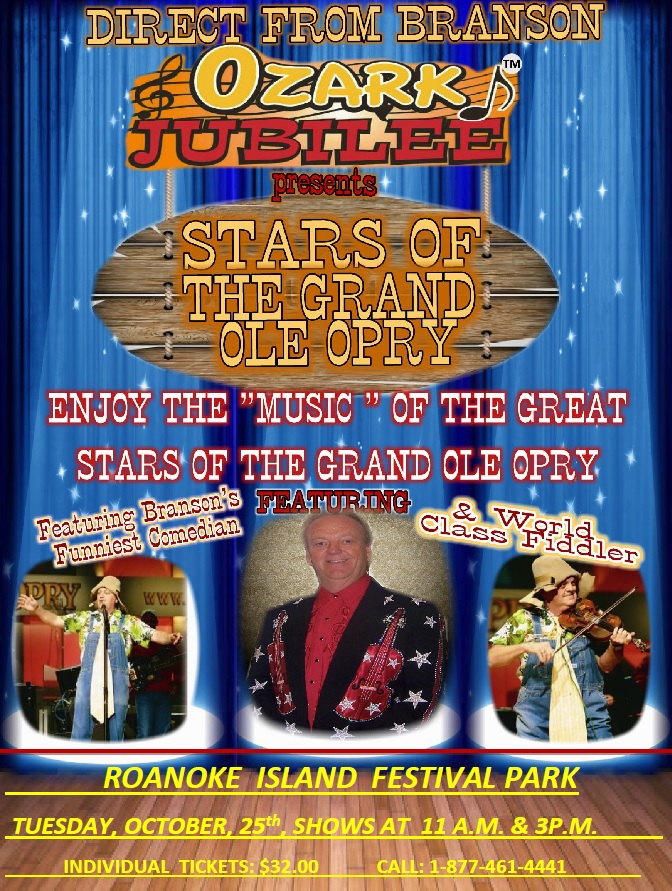