Imagine arriving on the shores of the new world in 1585. Locating food, water and shelter were the top priority items on the settlers to-do lists. With no hardware stores in sight, the settlers relied on the land’s natural resources for building materials. During the 16th century, the most common building technique was the wattle and daub method.

Wooden sticks or stakes were woven together in a basket-like pattern between the building’s frame, creating a solid wall for stability and insulation. 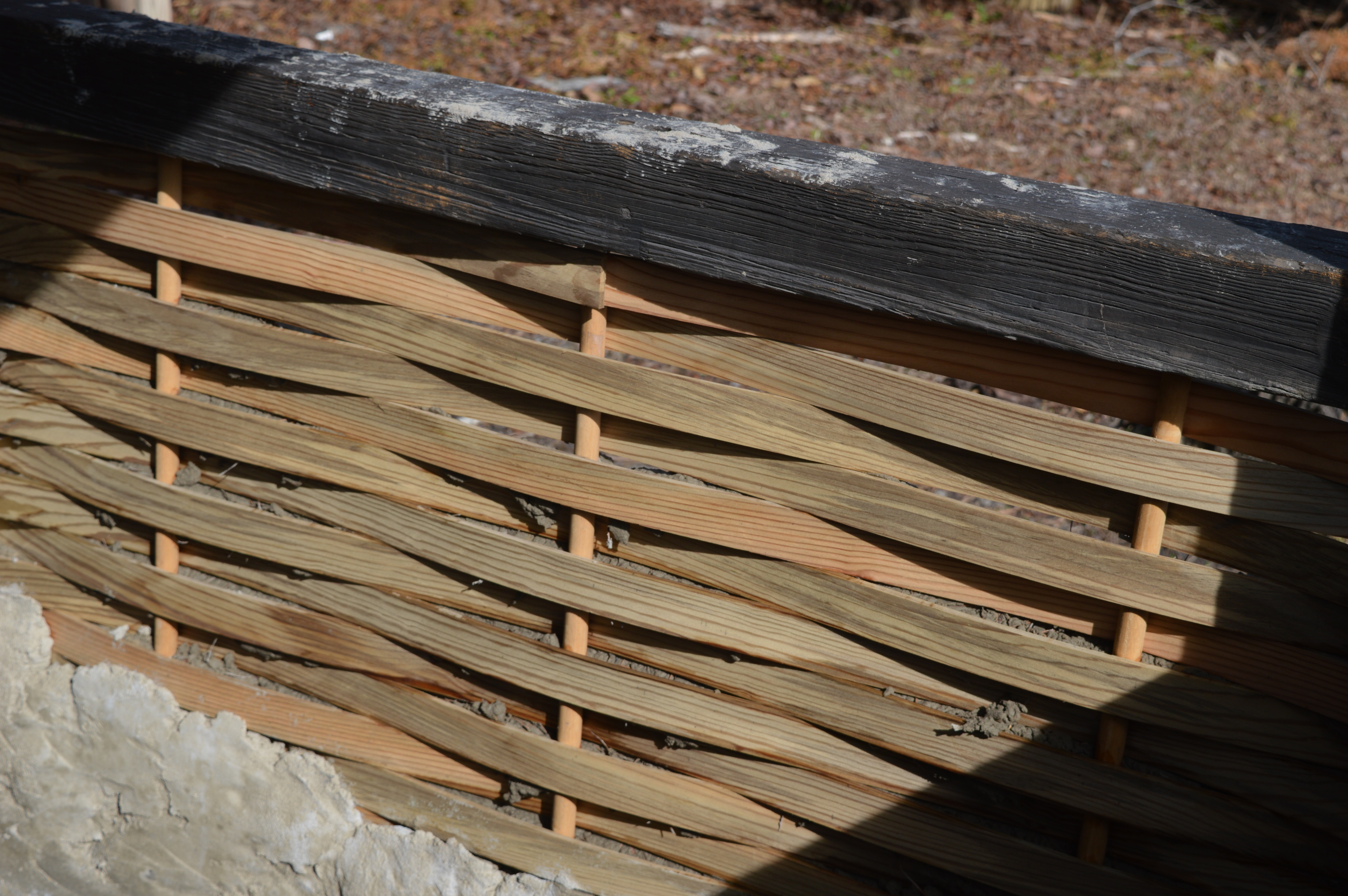 The settlers in the 16th century mixed together clay and sand and applied the compound (daub) on top of the wattle. Straw, hair and grass were common reinforcement materials that were often added into the mixture to help hold it together. The daub was then pressed into the wattle and smoothed out, similar to modern day stucco or concrete. 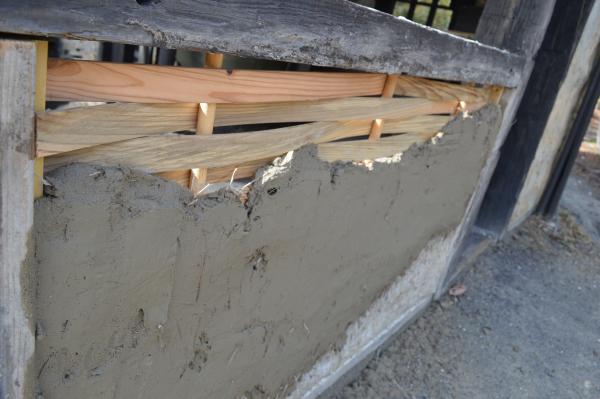 Once the daub hardened, the exterior was covered with a plaster made of lime or sand. On Roanoke Island, lime was most likely harvested from nearby shellfish shells. 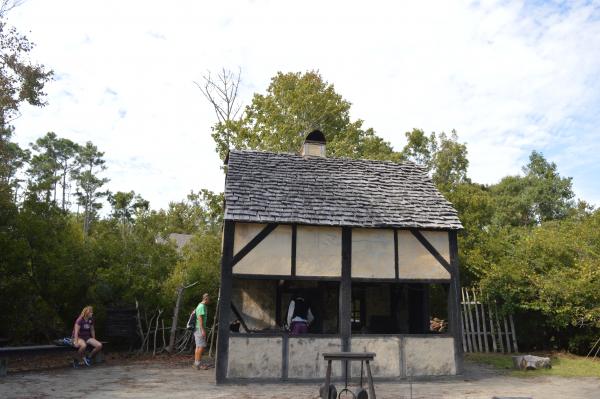 If you’ve visited the park’s Settlement Site, you’ll notice that the walls of the blacksmith’s shop were constructed using the wattle and daub technique. Our staff are currently working on repairing the shop’s exterior, remaining true to this 16th century method. Instead of daub, concrete is used as a sturdier, weatherproofing substitute.

Seeing this 16th century inspired architecture in-person gives you a new appreciation for the craftsmanship and ingenuity of the early English settlers. Learn more about the lives of the first English settlers in America when the park reopens on March 6, 2020.