Throughout history, innovation is accelerated when incredible discovery meets competition. Similar to the space race in our time, navigational technology in the 16th century grew by leaps and bounds. With England competing with Spain to settle in the new world, accurate navigational tools, charts, and logs were crucial to their success. During this time, old methods and instruments were perfected for more precise measurements.

Navigation is largely based on calculating latitude and longitude. Latitude is the angular distance of a location north or south of the Earth's equator and is measured in degrees. Longitude is the angular distance of a location east or west of the meridian. Finding longitude requires comparing local time, measured by the sun or stars, with the local time at a reference location. Clocks were not perfected until the 18th century and had to be corrected often in the Elizabethan era. Due to their limitations, sailors relied heavily on instruments that measured latitude and dead reckoning. 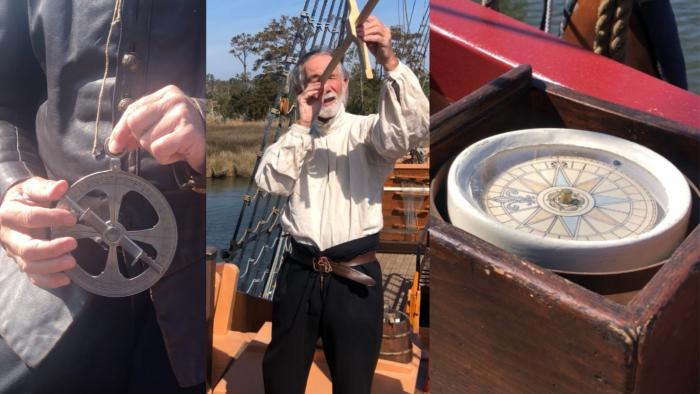 Astrolabe - The astrolabe is a circular device, often made of brass or wood, used to measure latitude. This Arabic device was created in the 2nd century and perfected over time. To measure latitude, sailors would point the astrolabe towards the sun during the day and the North Star at night. Sailors would align the instrument so light passed through the upper pinhole, line up the bottom pinhole with the top and then read the scale. Sailors weren’t fond of this device because the rolling waves at sea made it challenging to keep the astrolabe stable enough to get an accurate reading.

Cross-staff - Unlike the astrolabe, the cross-staff wasn’t as difficult to use onboard. Like the astrolabe, it was developed in Aran, but much later in the 10th century. The cross-staff was a rectangular wooden staff with a scale that included severe cross-pieces (or transversals) of graduated lengths. Onboard, a sailor would use one cross-piece at a time, hold the end of the staff to his eye, slide the cross-piece to block the sun at the upper edge and line the horizon up at the lower edge to measure latitude.

Compass - Originating in China in the 3rd century, the compass wasn’t common in Europe until the 15th century. Unlike today’s compasses, 16th century versions did not have degree markers.  Instead, they displayed the 32 points of direction known as a compass rose. The needle of the 16th century compasses pointed to magnetic north and not true north. Sailors had to account for these discrepancies when traveling to different parts of the world. 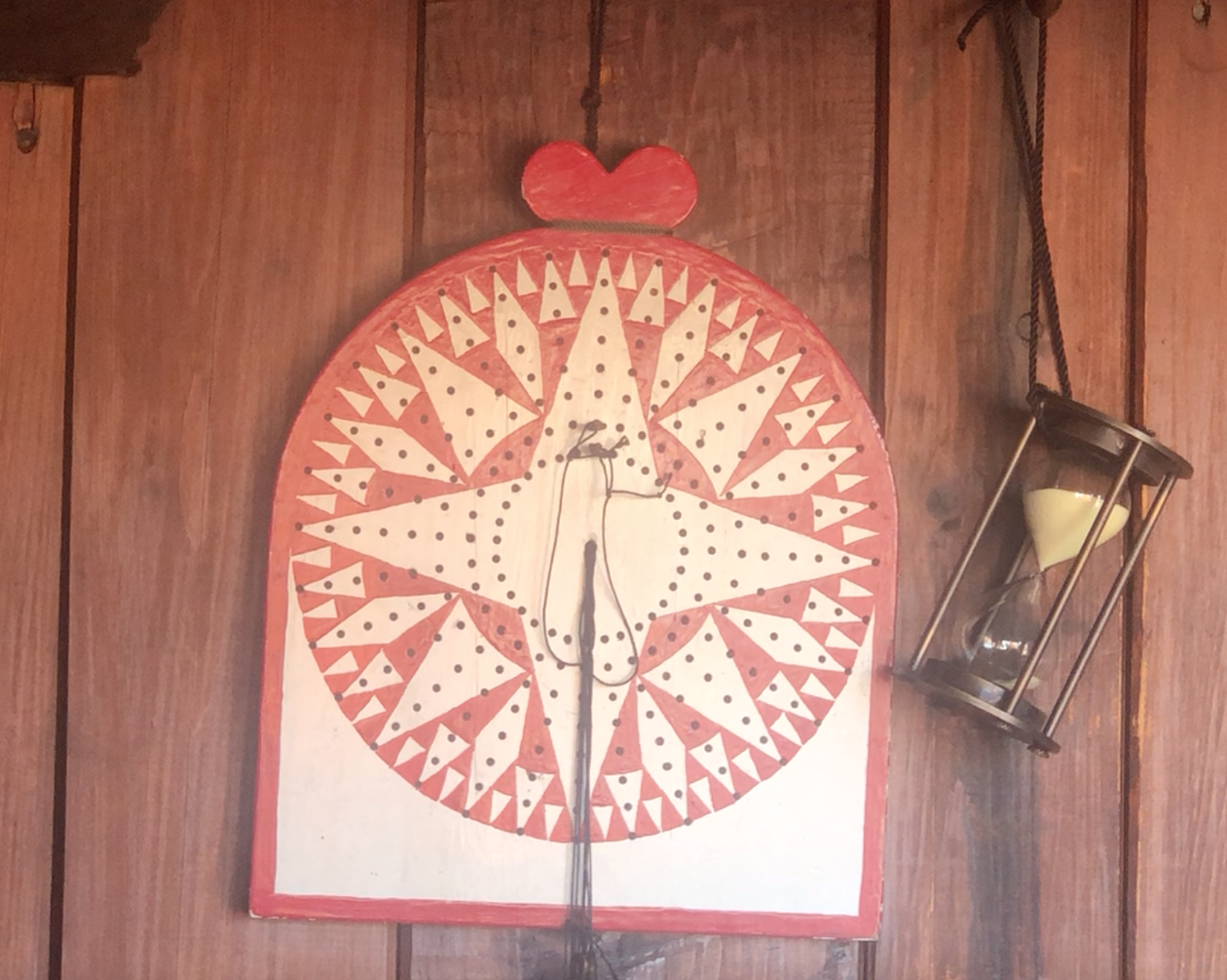 Sandglass - Sailors relied on whole sets of sandglasses that measured varies times from 30 seconds to hours to keep track of time onboard. For a 30 minute sandglass, a sailor on watch would turn the glass each half hour for four hours and mark the time by ringing a bell once for each half hour. Eight bells signaled the end of a watch and signaled to the sailors to switch duties.

Traverse Board - A traverse board was a method of recording speed and direction of ship during a four-hour period. At the end of four hours, the information was recorded onto a chart. The circular pattern of the board helped record direction, similar to a compass, and the bottom rectangular portion recorded speed.

Log and Line - 16th century sailors would use a log or piece of wood tied to a line to measure the ship's speed. The line was outfitted with pieces of canvas woven into the rope, serving as markers that represented fathoms. Fathoms were standardized as 6 feet, making it a quick and easy measurement to estimate onboard. Sailors could roughly measure this length by stretching the line between their arms. They would toss the line overboard for a designated amount of time and the number of flags that went overboard was counted and equaled the ship’s speed.

Later on, this method was replaced with the log and line. A log or piece of wood was tied to a line with knots every 42 feet. The measurement of speed used at sea "knots" comes from this navigational tool.

Much of the navigation done on ships was carried out using the dead reckoning method. Using a traverse board and the log and line method, sailors would know how long they had traveled in a particular direction and at what speed from their starting point to present location. This method sounds rudimentary, but it was the easiest for common sailors who had little in the way of formal mathematical training.