Those familiar with the Outer Banks know that the fishing and culinary industries are hallmarks of the area. Living and thriving off the land are deeply rooted in Outer Banks history, dating back to the first Algonquin Indian communities on Roanoke Island. By the late 1500s, the American Indians inhabiting Roanoke Island shifted their way of life from nomadic hunters to settled agriculturally-based communities. Fishing, hunting, and farming were ingrained in the daily life of the coastal Algonquins. 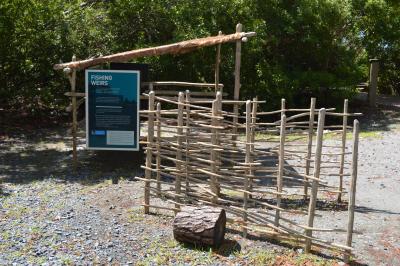 Due to its abundance around Roanoke Island, seafood was a vital part of the coastal Algonquin diet. To catch fish, the American Indians used fishing weirs. They were built in a maze-like pattern from wood to trap fish. At low tide, the fishermen paddled their canoes to their weirs and scooped the fish from the traps using nets attached to the ends of poles. This fishing technique and design was passed down to the next generation and the basic structure of some of these weirs are still used by fishermen today. 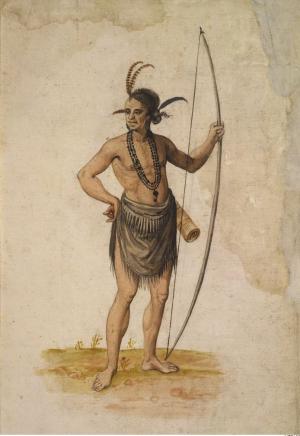 Boys in American Indian communities were taught at a young age how to hunt. They would start by keeping watch of the community garden. This helped them study and learn to identify various species while protecting their crops. When coastal Algonquin boys grew older, they would hunt deer, especially in the fall and winter months using a bow, arrows, a quiver, and a wrist guard. All of these hunting supplies were made from natural materials. Bows were made of wood that had been scraped with a shell. Twisted deer hide and guts were used to make the bow’s strings and were strong enough to shoot targets at distances of 40 - 120 yards. All parts of the animal were used and made into food, tools, clothing or shelter.

The Alqonquin Indian diet was based around what food was available each season. Local Algonquins grew most of their food, but also hunted and gathered. Their main crop was corn, the most important food in their diet. It was celebrated in various ceremonies, including the Green Corn Ceremony. This took place in late summer, when the corn was ready to harvest. It was a time to give thanks for life and to set goals for the coming year, similar to our New Year celebrations today.

Their knowledge of agriculture was well before its time. The three sister crops, corn, beans and squash, were staples in their meals and when planted together, helped each other grow. When these crops were not ready to harvest, the Algonquins would gather a variety of nuts, berries, and native plants to eat.

The American Indians, at that time, had no written language. Their stories are pieced together from various sources. Information about their culture is known by first hand accounts of English explorers, archaeological remains uncovered in the region, and the rich oral tradition of stories and crafts passed down from generation to generation.

A common theme through all of these sources is the ingenuity and resourcefulness of the coastal Algonquins. Working with each other and nature helped them establish thriving communities throughout today’s Outer Banks. Their heritage lives on as locals today continue to live off the land and work to preserve and protect its natural resources and beauty.