Celebrated on the day after Thanksgiving, Native American Heritage Day gives us the opportunity to pause, appreciate, and honor the rich culture and legacy of Native Americans in the United States. In North Carolina, honoring Native American heritage is a month-long celebration that takes place throughout November.

The original North Carolinians, American Indians have resided in present day N.C. for over 12,000 years. According to the 2020 U.S. Census, there are more than 130,000 American Indians living in N.C. Our state is home to the second largest American Indian population east of the Mississippi River, and the seventh largest in the nation. There are currently eight recognized tribes in North Carolina.

When the English arrived on modern day Roanoke Island, N.C., they were greeted by the Algonquin communities that lived in the region. A majority of what we know about Algonquin culture today comes from the observations and reports from English explorers, Philip Amadas, Arthur Barlowe, Thomas Harriot, and John White, due to the Algonquins rich oral tradition.

Storytelling has always been a pillar of Native American culture. Instead of using a written language, Native Americans share their history, cultural values, and beliefs through storytelling. These culturally significant stories were passed down from generation to generation. The Algonquin communities were a matrilineal society where the line of descent followed the women’s side of the family. It was most common for an uncle on the mother’s side of the family to tell these important stories to his sister’s children. 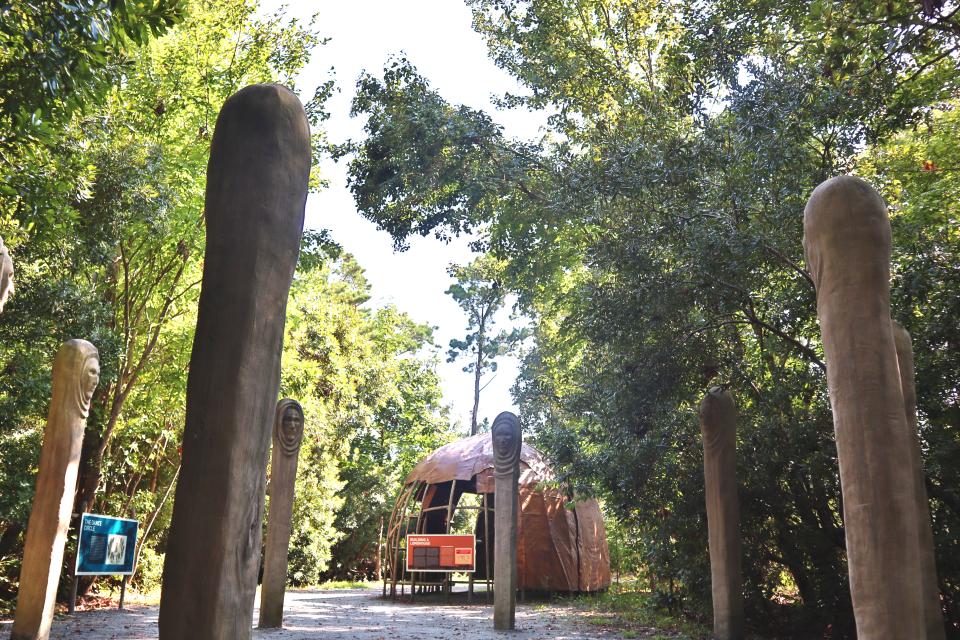 While surveying Roanoke Island and the surrounding area, the English explorers referenced Algonquin Indian rituals that involved dancing and music. The dance circle at Roanoke Island Festival Park is based off the drawings of explorer and watercolor artist, John White. Dancing was an important part of religious rituals, celebrations, and victories. Dancing took place in towns near Algonquin homes around carved posts. Oftentimes these posts were placed in fields between towns where people would gather from surrounding areas. Governor Ralph Lane reported to Sir Francis Walsingham in a letter that he witnessed over 700 American Indians celebrating and dancing between present day Pasquotank and Chowan County.

One of the religious ceremonies that included dancing was the Green Corn Ceremony. This ceremony took place in late summer, when their corn was ready to harvest. It was a time to give thanks for life and to set goals for the coming year.