The shad boat restoration project kicked off in the Adventure Museum this June at Roanoke Island Festival Park. Captain Robbie and members from our volunteer crew began making repairs to George Washington Creef's shad boat the Foul Play. Creef (1829 - 1917) was a prolific boat builder on Roanoke Island who developed the shad boat design. The shad boat was beloved by coastal watermen due to its ability to adapt to unpredictable weather and easily maneuver through rough and shallow waterways.

About the Foul Play 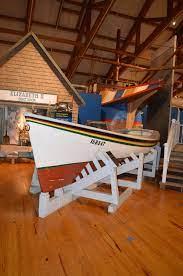 The Foul Play was constructed by Creef in his boat shop in Wanchese, N.C in 1887. Creef built the Foul Play for local merchant and fisherman, Clair Pugh. Pugh and the Marshall Collins family used the boat for a variety of maritime enterprises for many years. By 1964, the Foul Play was a derelict and became the property of Joe Meekins who masterfully restored her to pristine condition. Used as a family pleasure craft, she remained in his care until 1987 when ownership was transferred to H.A. Creef, the great-grandson of the builder. That same year, the shad boat was designated the official State Boat of North Carolina in honor of its contribution to the economy of the coast. Through the generosity of H.A. Creef, the Foul Play was restored by the NC Maritime Museum staff and volunteers before making its way to Roanoke Island Festival Park.

During this project, the crew will replace one of the planks on the boat's wash board that was added during the NC Maritime Museum's restoration. The segment of the washboard will be replaced with Atlantic white cedar - a traditional wood for this type of boat. The crew will also incorporate traditional boat building methods when possible to honor the boat's history and maker. The project is expected to take 4 weeks to complete. Guests are invited to watch the crew at work in the Adventure Museum and ask any questions about the boat and traditional boat building techniques. 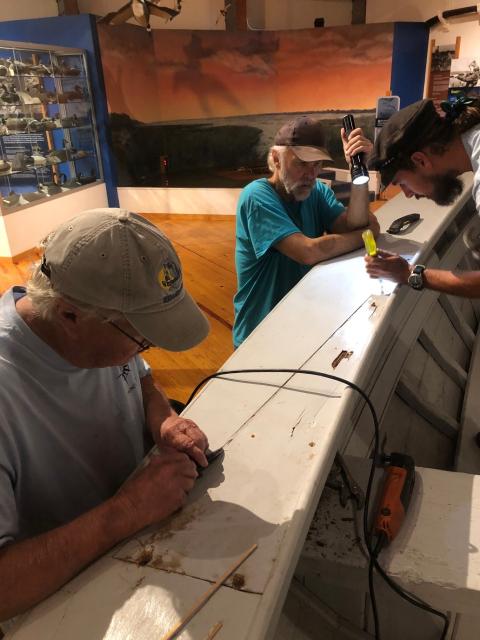 Captain Robbie and members from the volunteer crew began removing the bad plank on the boat. This step took precision, skill, and patience to make sure the surrounding planks were not damaged during the process. 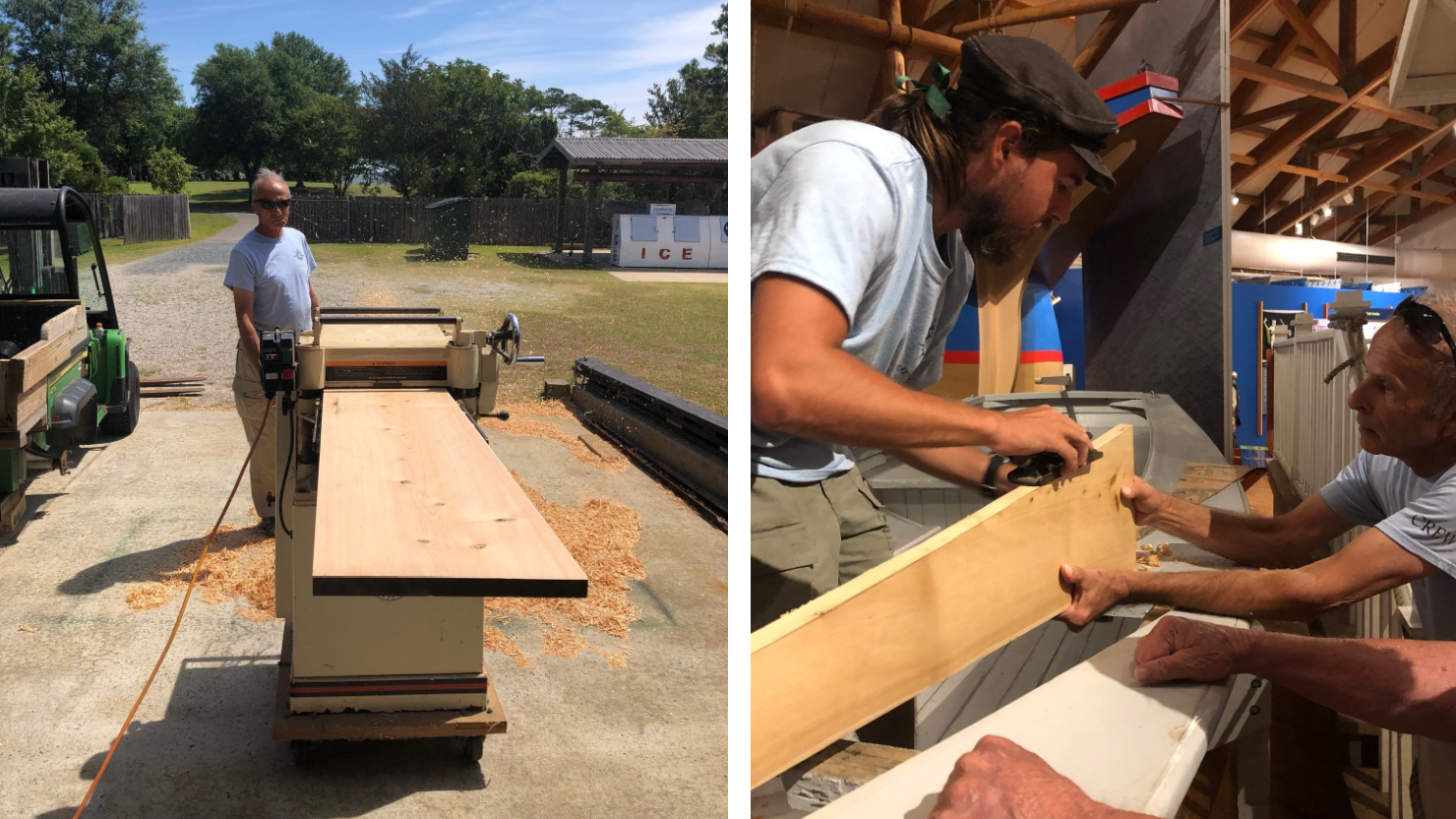 This week our volunteers worked on shaping the new plank. 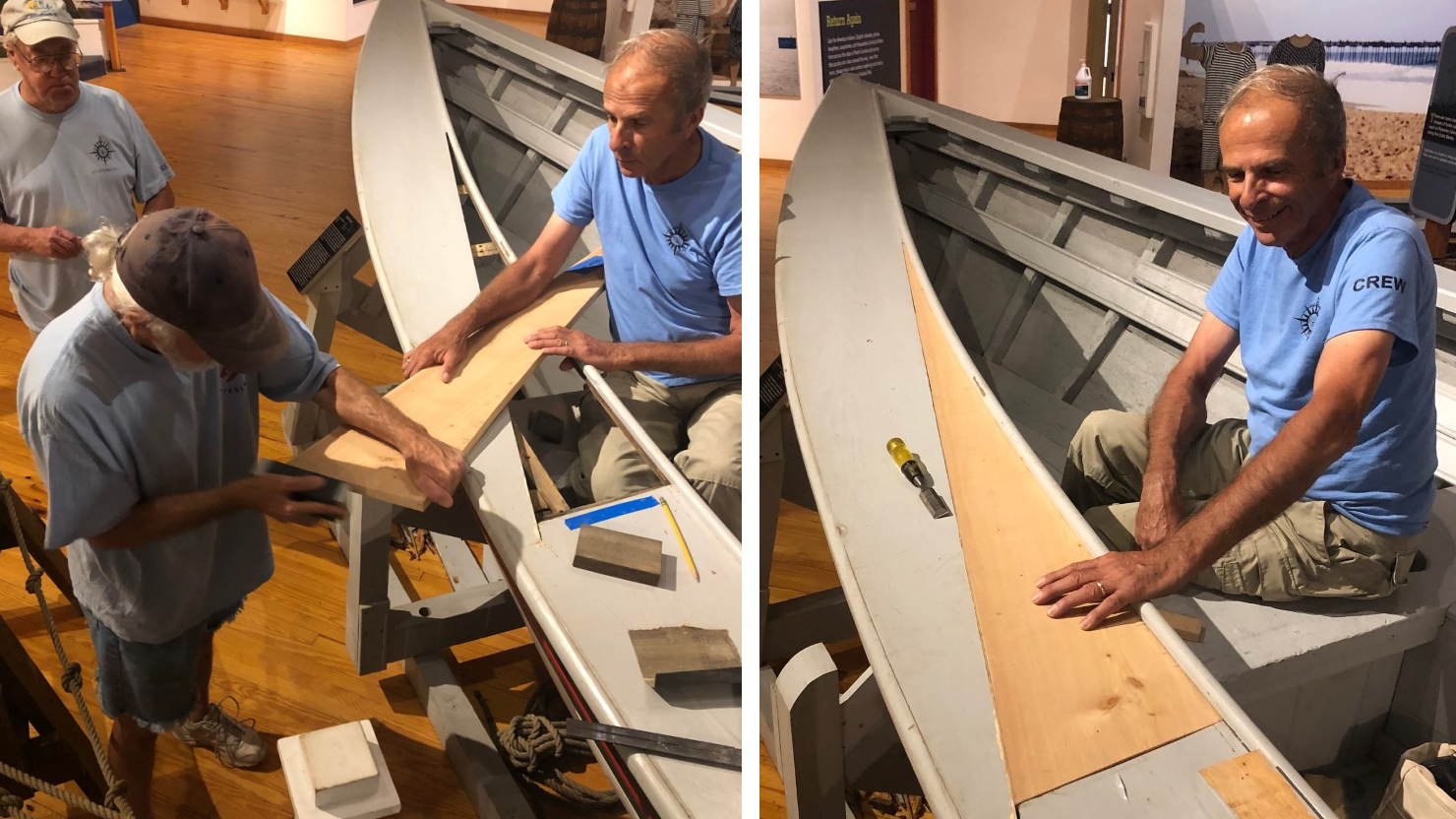 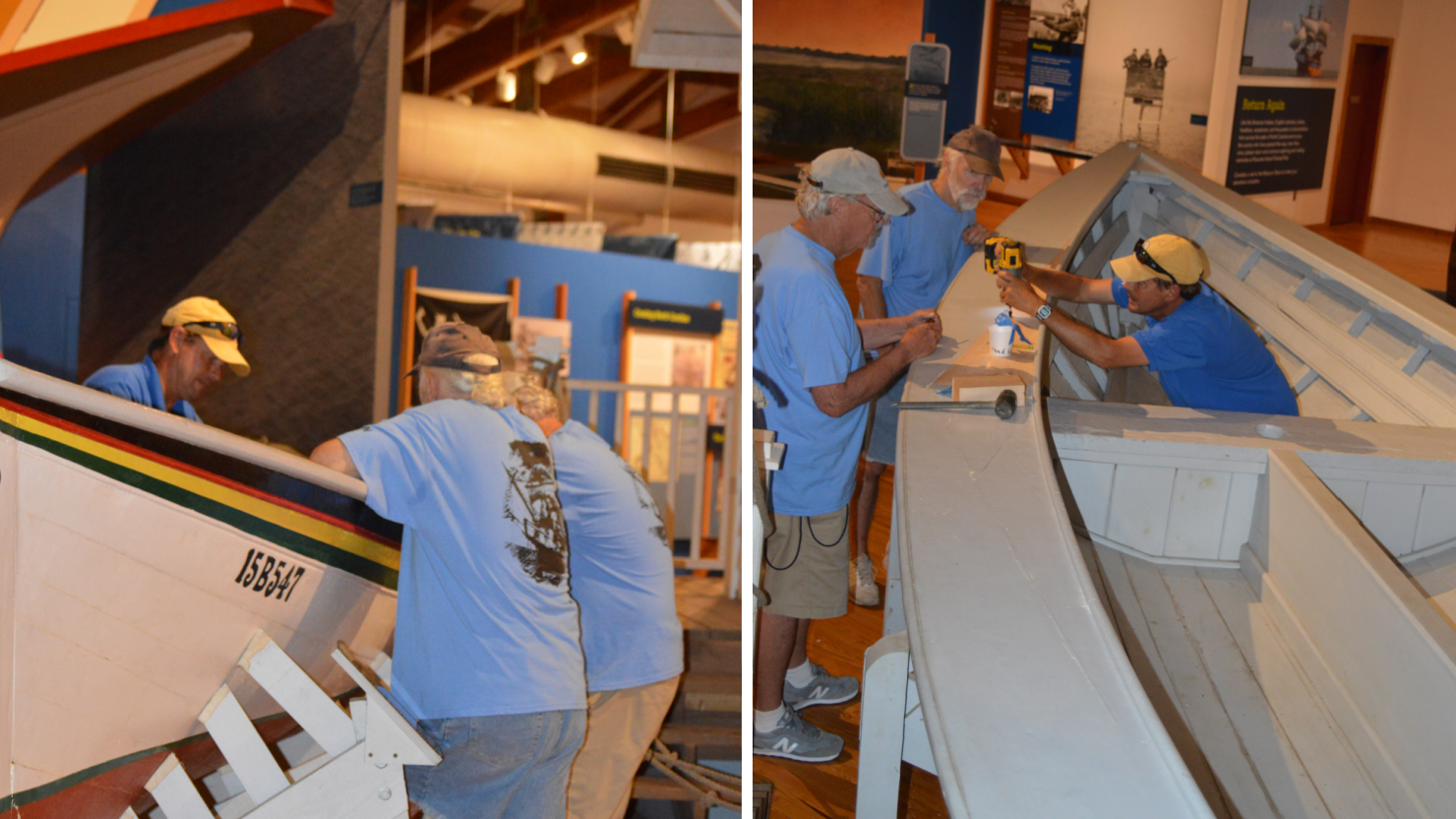 This week's task was to secure the new plank with screws. The crew plans to add paint next week to complete the restoration. 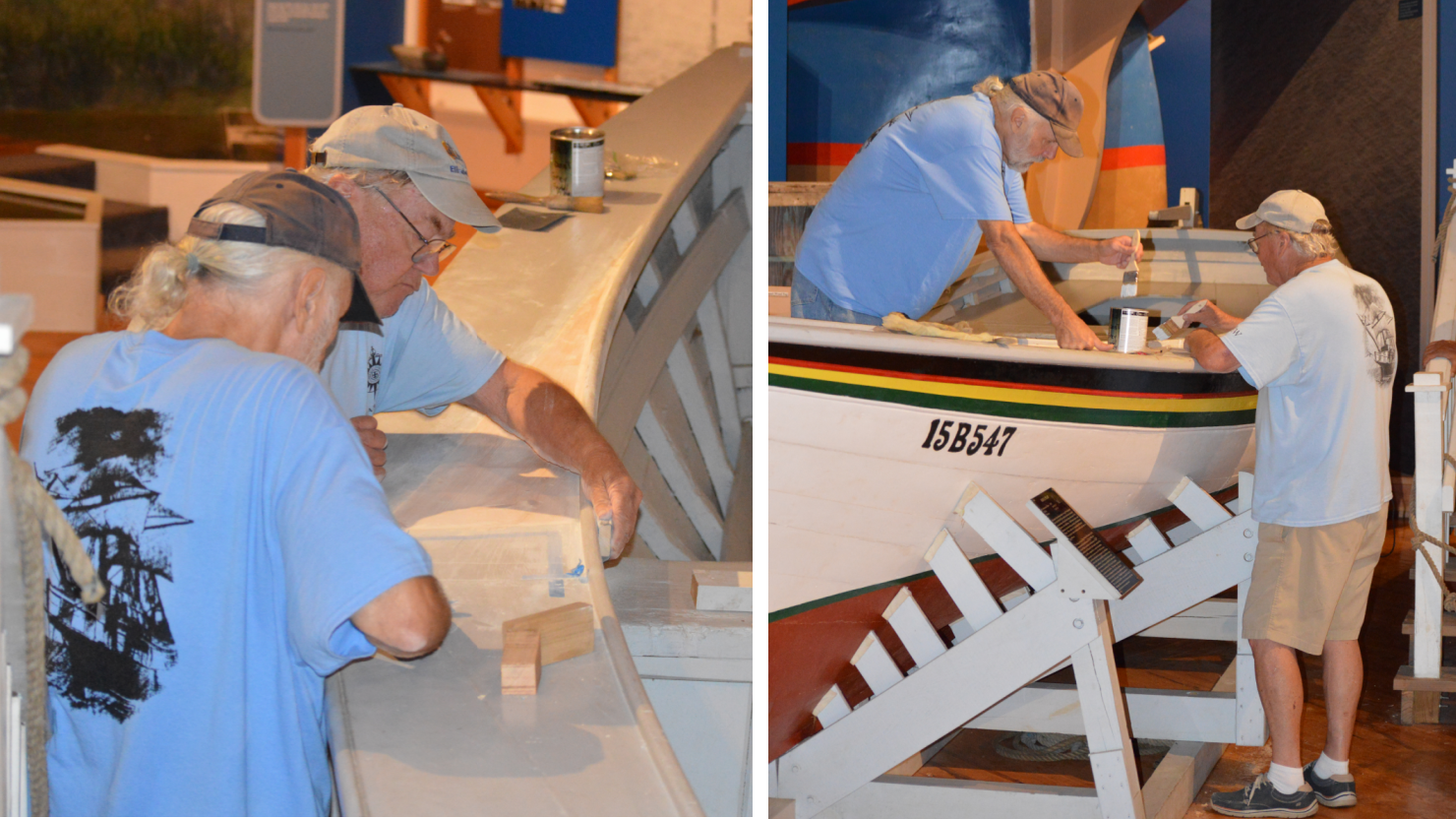 The crew completed the final steps of the restoration project this morning. The task list included caulking the seams, sanding, and painting. 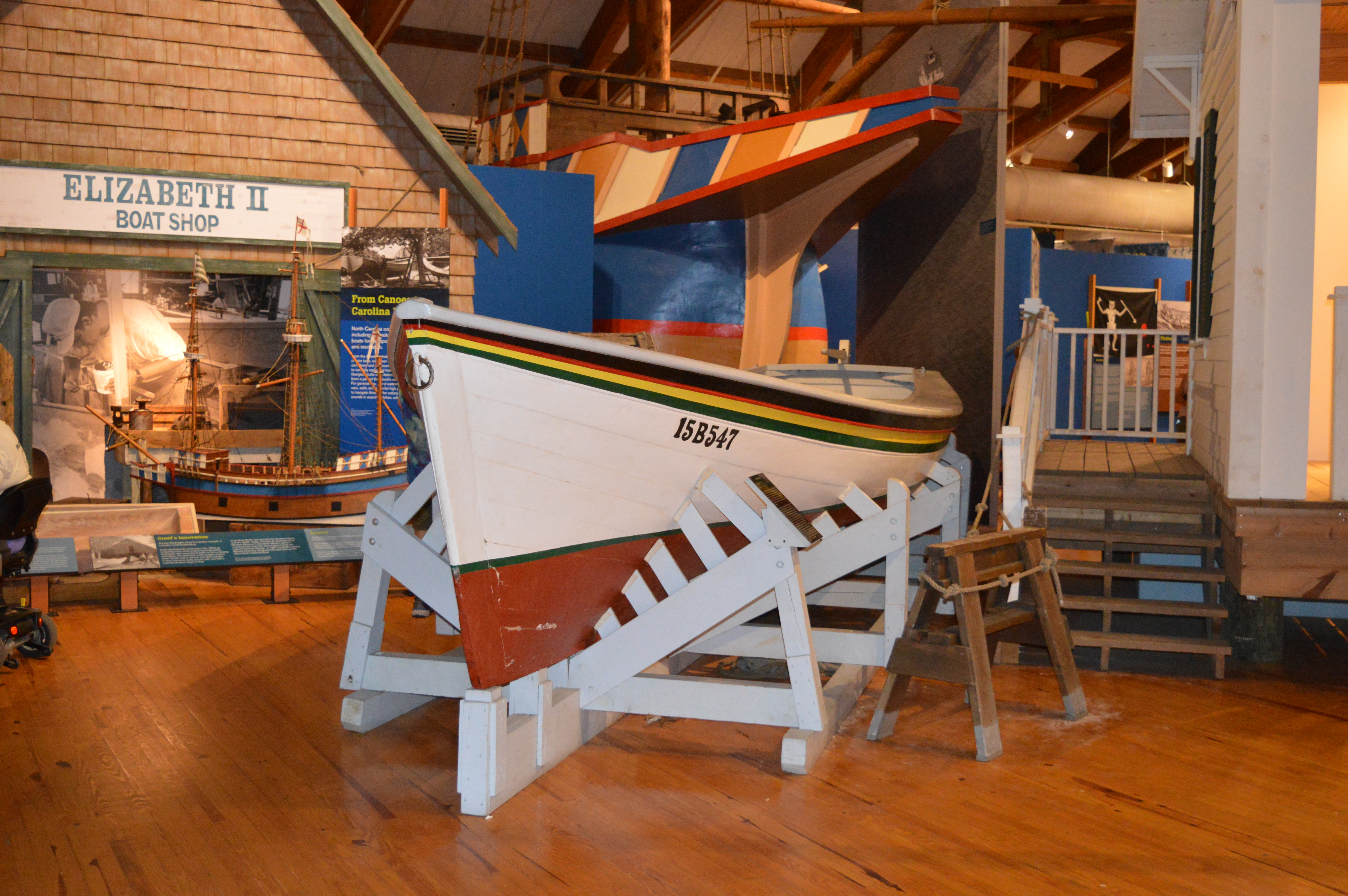 Visit the Adventure Museum to see the final results of the shad boat restoration project and to learn more about coastal maritime history. The Adventure Museum features over 400 years of Outer Banks history beginning with the Age of Exploration and ending with today's tourism industry.